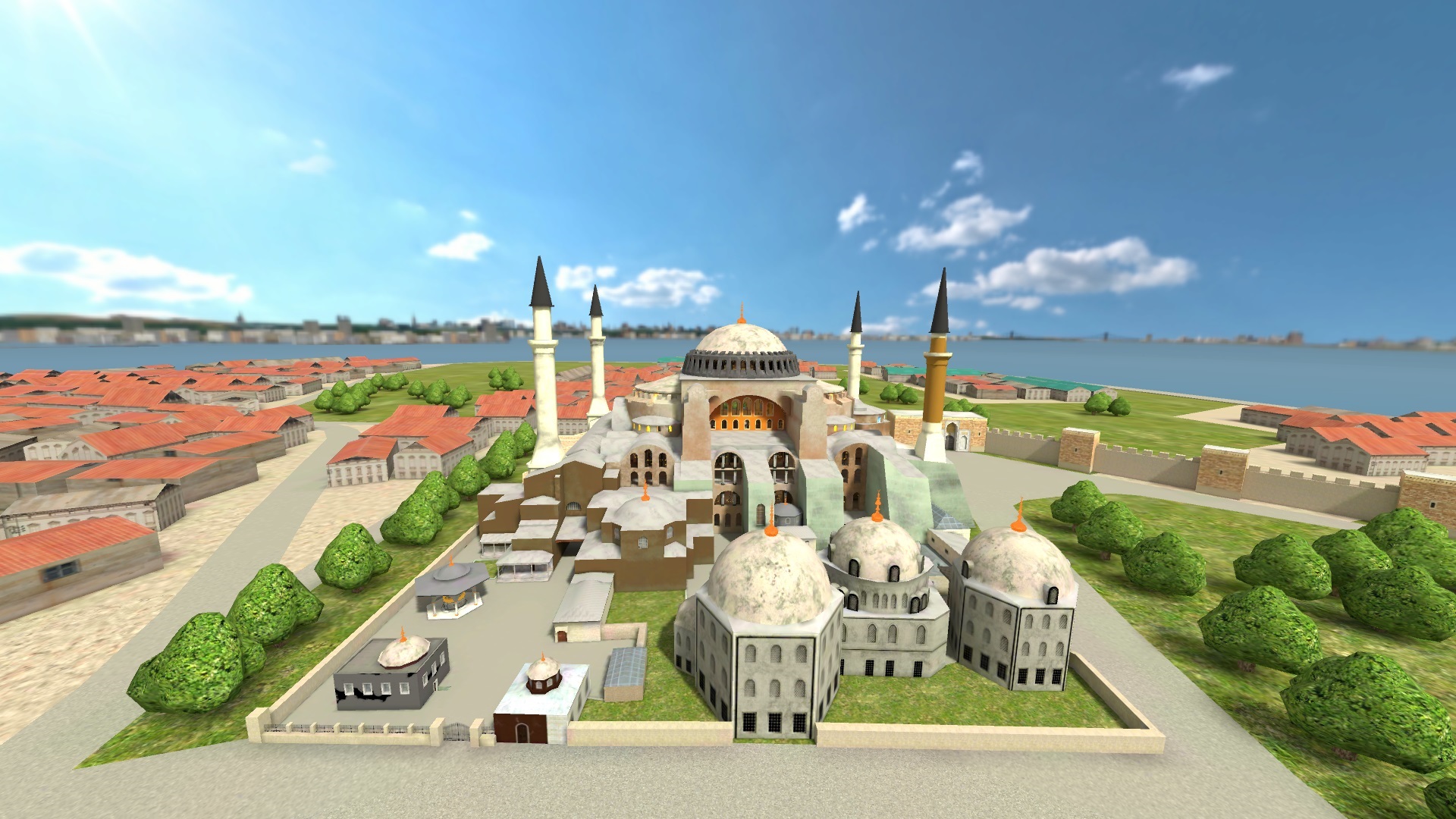 This virtual tour provides a detailed overview of the Hagia Sophia, which was originally built as a church during the sixth century. However, it was converted into a mosque in 1453, and since 1935, it has been functioning as a museum in modern Turkey. The tour focuses on its spectacular architecture, decor, gold mosaics, rich furnishing, the dome, the hall, the entrance, the upper gallery, the Wishing Column, and the Empress Lodge. This tour will also offer a glimpse into the important features of the mosque, such as its mihrab, minbar, and minarets.

In addition, the user will receive an overview of the map plan of the Hagia Sophia.

After completing this tour, you will:

-  Be more familiar with the Hagia Sophia.

-  Have a better understanding of the various elements of its architecture.

-  Become acquainted with the map plan of the Hagia Sophia.

You were signed out of your account. Please press Reload to sign in to the Veative Console again.
Reload